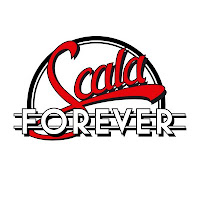 Or: "A look at some London culture by someone from somewhere else".

In London, 2009, I was hunting around an HMV store when I found a Blu-ray release of Richard Stanley's "Hardware" I've always been strangely attracted to this film, something about it's post-punk, post-apocalyptic attitude, I guess. I didn't pick it up immediately as we were about to be heading back to Vancouver in a couple of weeks. I checked it out on the internet and found that Severin Films was set to release this gem a few months ahead, anyway, so I waited. (incidentally, this is one of the few titles I'd seen on VHS, and then was never able to track it down again until the Blu-ray release - totally skipping a whole media generation!) When I did finally get to watch Hardware again, I was excited all over again, it had been a long time. What was great was that Severin had also included a documentary on the days that Richard Stanley had worked at The Scala theatre at King's Cross in London. This was the first time I'd ever heard of it, and it seriously changed my life.

Unfortunaly, after this prompted some further wikipedia searching which unearthed some sad news. The Scala had never re-opened after a string of bad luck, starting with the suing by Warner Brothers at Stanley Kubrick's insistence, in 1993. Now it was just a night club. 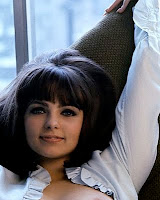 Two years later, June 2011: I find myself back in London. Somewhat indefinitely, I guess you could say. After six days of re-orienting myself, I made it down to the Roxy Bar & Screen where a couple of amiable fellas named Justin and Adam, who run the Filmbar 70 screenings in London, started chatting with me as I hung out at one of the tables outside the front doors on Borough High Street with a pint. Adam told me that they were going to be launching a massive six-week screening schedule for something that they were calling "Scala Forever". I knew what The Scala was, or had been, and I'd thought I'd heard him incorrectly, so I asked him if he could spell it while I made a note of it. S-C-A-L-A ..."Oh, Scala!?!" "Yeah," he said, "Scala Forever." I asked if The Scala had re-opened as a theatre, my voice surely filled with hope and excitement, and he told me no, that the screenings were in honour of the old Scala, which had indeed come to a finalizing demise in '93.

August 23, 2011: I went to my first of the Scala Screenings (the whole schedule is now about a week and a half in) and London writer David L Hayles was talking about the old experiences there, and his experiences with Russ Meyer. We were about to watch a double-feature of Meyer films, Mondo Topless and the classic post-sixties-culture-shocker Beyond the Valley of the Dolls. It was at this screening I met, for the second time only, a friend-of-a-friend named Tony. Turns out Tony used to run the Psychotronic store inside the old Scala and now has a store up in Camden, where you might be able to catch him once in a while. The man is a huge Jess Franco fan. He's been to Jess Franco's house, watching Franco's own flicks with him, and had dinner made for them by Lina Romay. He told me a lot of other stories, too, and with us both having an affinity for whacked-out sixties culture, we were able to quickly chat the time away until our other friends arrived and the screening began.

When I visit Tony and his Camden shop, at some point in the near future, I plan to give a full report on his seemingly immense collection of worldwide Jess Franco paraphernalia (depending on if I can get some good photographs or not). He's been collecting Franco's films since the 80's, and has acquired some strange titles on foreign videotape. These I would like to see!

But until then-- well, I don't know what. I'll try to survive more of the Scala Forever season. And I do mean survive. There are some screening sets that run from seven at night until eight the next morning. I'm going to give the 80's all-nighter a try.