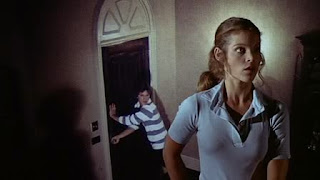 As a cinephile, I have made it my business to collect as many films that I find intriguing, interesting, exciting, and engaging as I could find – the harder to find, the better the challenge. Such was the case with many of Dario Argento's films during my collecting in the 1990s, his films were continually hard (or nearly impossible) to come by until the advent of DVD around the turn of the millennium. Strangely, though, I was never compelled to collect DePalma's movies on VHS, in spite of my adoration for his work. Mostly, I would just rent and re-rent the VHS copies of Carrie, Blow Out, Body Double, Dressed to Kill, Carlito's Way, with only a couple of exceptions, which pertained only to his earlier films – Obsession was one of the VHS videotapes I was lucky to have come by on a shopping excursion to Bellingham, Washington; I'd found a copy of this movie in a VHS retail chain called Suncoast Motion Pictures. Obsession was one of DePalma's titles that I'd never been able to find up until that point, and so after making the purchase it would be the fist time I'd experience that thriller, which starred Genvieve Bujold, Cliff Robertson, and John Lithgow – with Bujold playing a dual-role as doubles. Obsession is DePalma's actually first stab at remaking Vertigo, with the first Bujold character having met her death in a firey car chasing following a botched kidnapping-for-ransom. Cliff Robertson's character then meets Bujold's younger double, fifteen years later, in an unlikely scenario in Florence, Italy. But this is once place DePalma shines as a storyteller – not only in making us believe in these unlikely coincidences, but in his ability to make us want to believe in them. There is actually something genuinely and inherently (and strangely, even innocently) romantic about DePalma's storytelling.

The other VHS tape I'd purchased was Sisters, thanks to that videostore owner who let me buy it right off of the rental shelf of his store. The third and last VHS tape I ever acquired of DePalma's catalogue was The Fury, and this videotape had been given to my by one of my sisters as a Christmas present one year in the late 90s.

The Fury (1978) marks a very intriguing spot in DePalma's overall catalogue, due to its cinematic content and its context within his filmography – it's a horror-thriller based on a popular horror novel of that time, and incorporates many of the virtuoso camera flourishes that would become the stylistic hallmark of his following films of the 80s. The Fury is essentially the bridge between DePalma's early horror adaptations (Carrie, from the Stephen King novel, and Phantom of the Paradise, a wild twist on “Phantom of the Opera”) and his trip of erotic-thriller masterpieces of the early 80s. The Fury expertly weaves and experiments further on the stylish cinematography and non-linear storytelling of his early thrillers Sisters and Obsession with the visceral energy and immediacy (paradoxically executed through long fluid shots and slow-motion camerawork) of his horror films, Carrie and The Phantom of the Paradox (the latter being more of a horror-thriller-musical in the style of, but superior to in this writer's opinion, The Rocky Horror Picture Show). This would all culminate in DePalma's unofficial Psycho remake, Dressed to Kill in 1980, the film that would really put DePalma on the map.

Although DePalma had toyed with placing media and media technology in his stories before the 1980s, with the television monitors and newspaper writers is Sisters and the series of slide-photographs that help to open the film Obsession, it wouldn't be until after Dressed to Kill that he would really start experimenting with ideas of incorporating all sorts of media and technology in his films. Of course, Blow Out featuring jon Travolta s our sound technician and hero was really the striking point for this, his subsequent Vertigo remake – Body Double – intriguingly toyed with the then-new videotape media that was just making its presence known in mainstream society, both in the consumer realm as well as the production realm. Following Wasson's first investigative moves through the Hollywood video rental store, he then manages to get himself hired onto an actual porn production in order to be able to meet with Melanie Griffith, the body double of the film's murder victim. DePalma takes us through the entire porn-scene production in one amazingly fluid set-piece that was: A) Aped by Quentin Tarantino for his celebrated Inglourious Basterds sequence that opens the fifth chapter of that film; and: B) Set to a pulse-pounding rock soundtrack that would serve as DePalma's foray into “rock video” territory, something that was in fashion within the Hollywood studios of that time. DePalma knew that he was basically shooting a rock video in service of this behind-the-scenes porn-movie sequence, making the entire scene a double-meta affair: A porn movie shot from behind-the-scenes as a rock video inside a movie that is about Hollywood b-movie and porn-movie actors, based on another movie from twenty-five years previous. Sound complex? It's not, because another one of Brian DePalma's brilliant talents is the ability to keep all of these overlapping meta-themes subtly riding the undercurrent of his actual story, about sex, voyeurism, and murder, without allowing these subtextual themes and secret criticisms of voyeuristic media to get in the way of his expertly stylized proceedings. Using a single word, DePalma basically has a firm grasp on his own cinematic style. 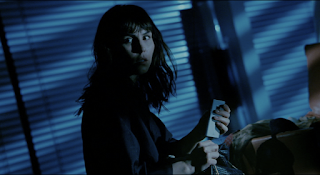 After DePalma would continue his stylistic approach to incorporating media tech into his films, with Raising Cain, Mission Impossible, Snake Eyes, and Femme Fatale, he would eventually twist the whole aspect of all of these films' opening sequences in his latest film Passion (2012), which would open up on a shot of the two lead heroines, both of whom are focused in on the screen of a MacBook laptop. For once, DePalma's camera is not showing us the images on the screen, instead, we're make to patiently sit while watching the two women (Rachel McAdams and Noomi Rapace) as they watch their shared computer screen (also sitting). We see only their faces and bodies and the back of the computer – they're the ones watching, and we don't know what they're watching, and it is never revealed, marking a first for a DePalma film. Soon, however, DePalma allows us to discover that McAdams and Rapace work for a mega-conglomerate media corporation in Europe. And sooner than later, iPhones, YouTube, security cameras, laptop cameras, and commercial media all quickly slither their way, extremely prominently, into DePalma's new take on the story of sexual and corporate power-plays, murder, and double-crosses and backstabbing while still managing to interweave the very importance of dream and nightmare sequences into his personal storytelling. If Passion is to be DePalma's last film, then he certainly went out at his peak, which is astounding unto itself considering his first notable step into the heavy-hitting cinema-auteur arena was Sisters, almost forty years before Passion was released. Sadly, Passion only received a limited theatrical release in North America, another signal of the changing media technology and the way popular media is delivered (and demanded) in society in 2012. The very way that iPhones/uploading/video-streaming marked the shift in Rapace's character's corporate power-position in Passion would wind up being the very reason that DePalma's brilliant thriller would receive very little attention in the cinemas and on hard-copy media distribution. It may have fared better with a VOD streaming release; but of course, watching a DePalma film on a Smart Phone is no way to watch a DePalma film at all...

So, my lovely wife and business partner (Darkside Releasing, Cinemafantastique) Nicole (or Nicki, as she's called at home) proposed a literary challenge to me: reading three books per month, within the calendar months (so books started before the 1st don't count, nor do books finished after the 30th/31st). Tough! But doable, right? Stephen King claims to be a "slow reader" and yet he gets through around 80 books every year. 3 books per month is only 36 books a year. Easy peasy, Right? We tried to rope some of our other literate friends into joining this challenge with us, but even the booklovers that these friends our, our challenge was bet with immediate self-doubt. But then again, that is sort of the point of a challenge -- if it was easy, it wouldn't exactly be a challenge, then, would it?

I did make it through the first month, with 4 books, no less, and am on my way towards the July finish line. Here's what I got through (and thoroughly enjoyed, I should add, for all four of these titles), for the month of JUNE... 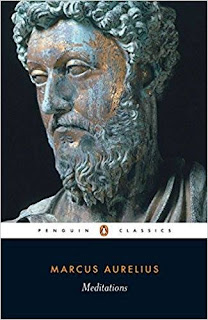 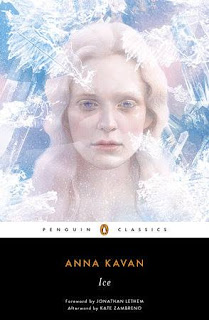 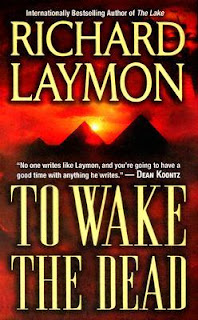 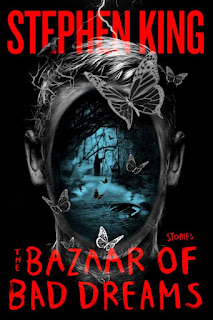