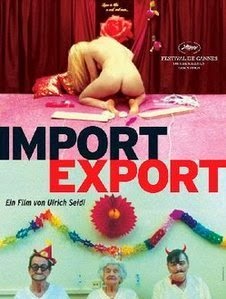 After getting back to Canada from a European trip, in which I'd acquired a few Cinematic finds (that were now piling up in my to-be-watched home video stack), I figured I'd best get to some of these flicks before the dust started accumulating. I threw on a lengthy (2 hours & 20 minutes) Austrian/Ukrainian film titled Import/Export, which was gorgeously shot (apparently by the cameraman behind Erin Brockovich) - and it made me realize a couple of things...

1.) A movie should have more to it than just looking gorgeous. As spring begins to bloom I can see many a gorgeous thing just by looking out a window or stepping outside.

2.) I think I'm done with Euro neo-realism for now. Yes, I am definitely more in the mood for things along that titillating line of the fantastique. I need me a little Franco! Good thing some of the late auteur's works were also in that aforementioned dust-gathering pile.

I yanked Redemption's new-ish blu-ray of A Virgin Among the Living Dead right out from the middle of that stack. I think I may have written about this movie in the past, I remembered liking it when I first experienced it in that Image Entertainment four-film "Jess Franco Collection" DVD box set (Jesus, that was years ago!), the very version that had been (ahem) co-directed by Jean Rollin. 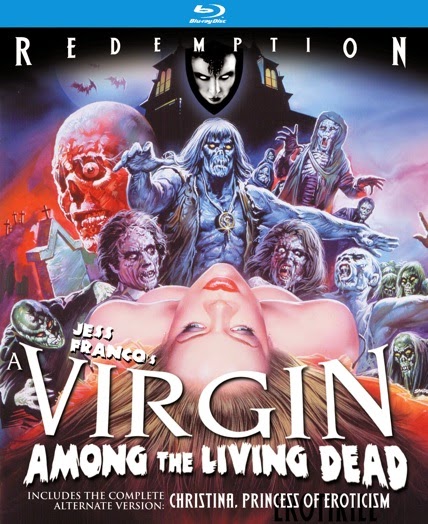 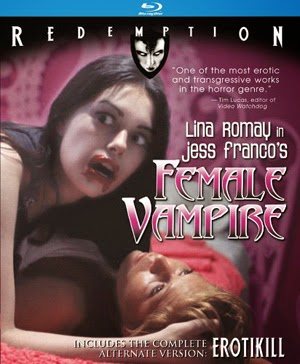 (although it is available to view as a supplemental feature on the blu-ray). The story spirals down into a multiple-twist final act that comes off more dreamy than actual thriller, very much in true Franco style, as far as I'm concerned. Matched with some truly inspired photography, either by Franco or his cinematographer, this is actually a nicely engaging little piece of the director's repertoire that shows while he may not have been a genius, the man was truly an artist.

As a side-note, the beautiful (and still dusty & scratchy) presentation of Christina, Princess of Eroticism brought to mind one of Redemption/Kino's earlier re-releases: Female Vampire, with the late Lina Romay. The blu-ray for that film is highly recommended, I felt like I was watching it for the first time! Check these things out!