The Mysteries of Donald Westlake's “Memory”

Donald E. Westlake might be best known as the author and creator of the hard-boiled Parker character that features in several literary and cinemaitc fictional outings. But a few years ago, a smaller publisher called Hard Case Crime published one of the author's missing, or . “never before published” works, entitled “Memory”.

Written in the 1950s, the plot concerns an up-and-coming stage actor who suddenly loses his functions for all faculties and facilitation of proper memory because of an attack by an angry husband, whose wife the actor had been having an affair with. The betrayed husband hits the actor over the head with a wooden chair, and the novel opens up in the hospital as the actor is awakening from this attack, only to find that he has lost every facet of his previously-working memory. He's lost his short-term memory, his long-term memory, and his ability to retain any memory past the near-present, unless he develops a fairly strict pattern of absolute repetition in his existence. This pattern has to be constantly supported with self-written notes and reminders through the underneath of the new daily routine. Donald Westlake then takes us on a four-hundred-plus-page journey through his lead character's existential nightmare; which for me, raised some skin-prickling philosophical questions, as well as a very big brain-nagging culture question...

The cultural question might not be what one might consider to be expected – in that my own question is actually relegated to something else that has popped up regarding Westlake's themes of memory loss, and to a great contribution to pop culture at that – through Christopher Nolan's breakout film, Memento. My question on this, where in Nolan's film his lead character suffers with the very same existential nightmare as that of Westlake's creation, is sort of a two-parter: Did Nolan somehow have the opportunity the claimed “never before published” manuscript, and was then able in incorporate many of these philosophical ideas of memory and existence into his own screenplay for Memento – or – are these questions just existentially inherent in any of us (like Christopher Nolan and/or Donald Westlake) for us to delve into if the notion ever occurs to us to ask?

My second question as to the mystery of Westlake's book, then, concerns the philosophy itself: Does existence actually really matter if we have no memory to use to incorporate, and in a sense, categorize (and even internalize), our own existence? With huge credit given toward Donald Westlake, he actually attempts to (and depending on your personal opinions, he does) answer these nearly mind-boggling questions. These are questions that stretch our imaginations, to be sure, as well as our own anxieties and nightmares about what it is to be a human being. The nearly heart-wrenching (yet surprisingly subtle and deeply meaningful) ending to Westlake's novel Memory might give most people answers to these philosophical questions, whether they wanted them or not – because the conclusion depends on if living in the present is exciting or horrifying, in your personal perspectives, which is what makes the entire novel, from page one, utterly riveting. 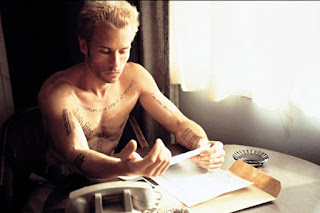 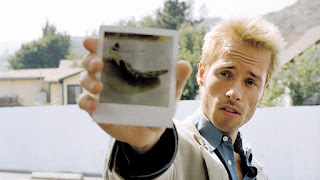 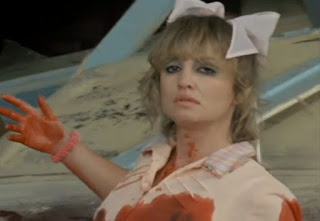 In light of the next “Absolute Horror” column being published in the upcoming summer issue of Absolute Underground, where I chat for a while about one of my favourite authors Stephen King, I thought it might been fun to revisit this piece I wrote about his film, Maximum Overdrive, nearly seven years ago, which I'd always had fond memories of writing up for the UK website Videotape Swap Shop – which itself is now long since defunct.

The article was not as awesome nor as insightful as I'd remembered it to be. It's still a little fun, though. And I still hold a lot of gratitude for that now-gone website, VTSS, which was always quite supportive of my articles. (Huge thanks to Michael & Hannah)


Car movies, and especially their more-specific crossover cousin the car/road flicks, are something of specifically American cinema culture, having epitomized its heyday throughout the seventies. Coincidentally, this was also the decade Stephen King had his first novel published. And here's a man who has gleefully mixed America's obsession with the automobile as class status and bullet-fast horror and suspense throughout his career – with the likes of Christine, From a Buick 8, Riding the Bullet, and Dolan's Cadillac just to name a few. When he made his movie deal in the mid-eighties with movie mogul-producer Dino De Laurentiis, It's really no wonder that King figured highways, trucks, and bloody horror would make for a killer directorial debut, and hand-picked his own short story, “Trucks”, as the key concept for his first (and subsequently only) self-directed adaptation of his own literary works.

The concept of King's original short story, which appears in the short story collection “Night Shift”, concerns a bunch of trucks that suddenly possess homicidal tendencies. In the film version, this happens after the earth is caught in the tail of a passing comet, trapping a bunch of truckers, diner staff, and a bible salesman inside the Dixie Boy Truck Stop Diner, with King here doing his best (or taking the piss?) while he tries to explain why the trucks went mental in the first place, something left out of the original short story, and something that is usually left out of his best works. King works incredibly confidently on the what is happening level, but in Maximum Overdrive, the why it's happening is almost gleefully far-fetched, even for a movie where machines suddenly get brains and start killing any humans they can't trap into becoming slaves. Speaking of which, how is it that the newlywed couple were able to keep control of their vehicle through all this...? Anyway...

With a pretty impressive cast including the reliable Pat Hingle (who easily steals the show), Emilio Estevez, Leon Rippy, Giancarlo Esposito (in one of his earliest minor roles), Lisa Simpson, and King's own discovery, Laura Harrington (What's Eating Gilbert Grape), it's a shame King wasn't able to direct them with the same Americana satire that shines from the characters of his novels. Instead, everyone acts how HE acts in his films (see: CREEPSHOW); mainly, by over-acting to the point where the characters go beyond satire into Looney Tunes. Weirdly, though, this actually all sits pretty well with his over-the-top idea of seeing all the machines in the world suddenly going on a homicidal rampage, and compliments the outrageous style of the movie itself – and there are some truly funny moments, too. Meanwhile, all signs of subtlety are thrown out the window with within the first four seconds of the film, which nicely sets up what we're all in for as an audience.

And as if this weren't all legendary enough, King, ever the rock 'n' roll fan, hired none other than AC/DC to provide the screeching and hyper-catchy soundtrack. But what I want to know is how producer Dino De Laurentiis got King the rights to use the Green Goblin's head on the killer eighteen-wheeler toy delivery truck that's forever known as the cult mascot of this ridiculous but compulsively watchable cartoonish thrill ride. Okay, it's no Shining or Shawshank or Mist or Pet Sematary, but King's cinematic creation has an ingrained warped sense of humor, and the satire does come shining through when the paper-thin walls of the mundaneness and routine of The American Way (circa 1986) come crashing down. Reading too much into this? Nah. It's awesome in its own unique way, it's a film I've watched a dozen times. It's like comfort food. Not really good for you, but damn it, there's just something so satisfying about it anyway. Then again, maybe it's just the exploding toilet paper truck, as if King is yelling at us from behind the camera: Heads up, you're in for a steaming pile of shit, and we're loving it! 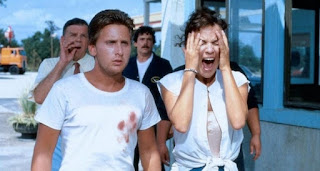 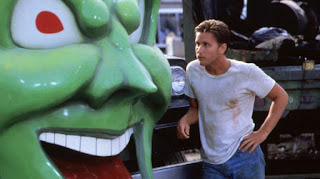 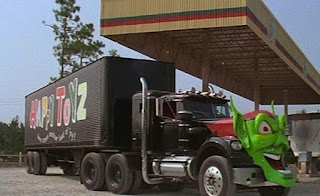 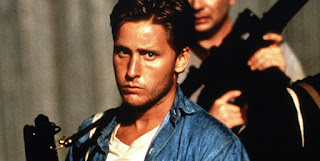 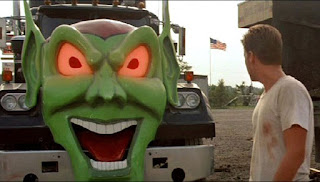