I'm seriously impressed that we've been able to continue this #3booksamonth challenge going since the spring of 2018 – but here we are, and Happy New Year to everyone! My first book of December seems so long ago it could've been months ago. It was Peter Straub's brilliant and deeply insightful serial killer novel “Koko”, and for those of you who think you may know Straub's name, I urge you to think about “The Talisman”, his famous collaboration with Stephen King. But “Koko” is one of the best horror novels I've read in a long, long time. It's a very rich book for the horror genre, but the picture it ultimately paints is vast as well as deep, weaving the mystery of the killer and those who attempt to find him or her with or without the help of the police, with the backdrop of the horrors of the Vietnam war, bot on and off the battlefield. It's complex and brilliant. Following that, I took a trip back to Dean Koontz land with his old horror/sci-fi/suspense novel “Lightning”, which I found at a Value Village while

searching for a different book entirely. “Lightning” is exciting and satisfying, as with most of Koontz' early genre works, it's entire out-of-reach in terms of identifiable protagonists, but you do love his good guys, regardless, they're just so perfectly perfect. Like how fudge is sweeteningly sweet. But, hell, who doesn't like fudge, right? A novel like “Lightening” is what happens when a movie like “The Terminator” inspires a time-travel scenario in another creative writer.

The third book (of four this month for me, all just barely squeezed in by New Year's Day) is actually an amazing, inspiring self-help book titled “You Are a Badass at Making Money”, which was recommended to me by Nicki, who said, “You're almost there, sweetie, I think you need to read this”. Whether you think you need to read something like this or not, it is a good, inspiring read by an inspired author. I closed the year out with the 1926 short novel “Dream Story” (aka “Traumnovelle”) by author Arthur Schnitzler, which was the basis for one of my go-to Christmas films, Eyes Wide Shut, by Stanley Kubrick. In the closing credits of Eyes Wide Shut it states that Kubrick's film was “Inspired by” the book... No, it was wholly based on Schnitzler's material, even using dialogue lifted directly from the book for the film version. All books this month are highly recommended (as usual). 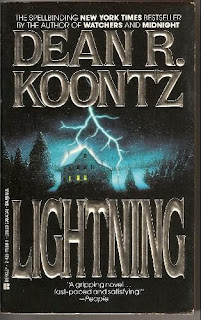 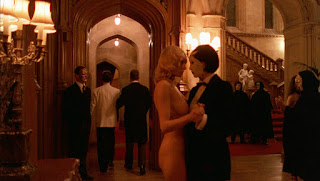