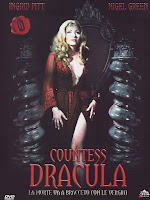 I have been looking forward to re-watching Jess Franco's The Erotic Rites of Frankenstein since the Redemption Blu-ray went up for pre-sale on Amazon this spring. I had been dying to give this movie a second look since the Image (R1) DVD had been released several years ago (now long out-of-print). In what seemed like a well-timed coincidence, I also received Hammer's Countess Dracula in the mail at the same time, also sporting a phenomenal new Blu-ray edition thanks to Synapse Films. I sat down last night to watch this impromptu Euro-erotic-horror double feature. Both film are a little on the lagging side of pulling the plot along, Countess Dracula more obviously so, as it doesn't quite have the quirkiness of Franco's "horror" style to keep it as utterly weird. Hammer's film, Countess Dracula, is a retelling of the Elizabeth Bathory legend (a Countess who killed virgin girls and bathed in their blood in order to retain her own youth), and a lurid as this might sound there is only one real reason to watch (and in this case, re-watch) Countess Dracula -- Ingrid Pitt. On the other hand, Jess Franco's The Erotic Rites of Frankenstein is about a half-bird woman (with blue feathers glued to her naked body) who waders about a castle scaring naked lesbian nymphs and setting up fatal sado-sexual games to unsuspecting guests all in an effort to create a race of super-humans my mating Frankenstein's monster with an engineered super-female. Franco's film is so voyeuristically bonkers that you don't really mind the fact that every single shot and scene is probably a little longer that it really needs to be, even at a cool 74 minutes. 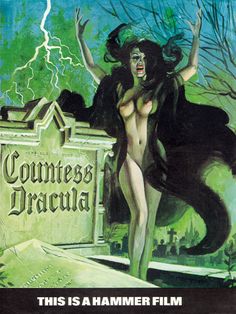 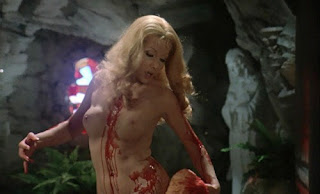 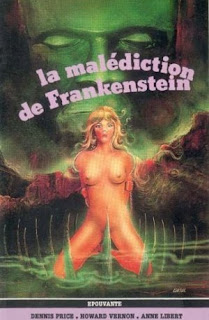 Seeing now Redemption's fully restored blu-ray of Franco's film, I really wonder how the original Image DVD, and the international print, for that matter, ever really had a chance. There was for more that had been cut out of the film than those DVD special features could even indicate, and at 74 minutes uncut, it is no surprise that I was never fond of that first DVD version of Franco's wild film. The Erotic Rites of Frankenstein is no masterpiece of  Franco's, but f9inally, now that we have this newly restored version from Redemption, the movie can finally sit comfortably with Vampyros Lesbos and A Virgin Among the Living Dead. 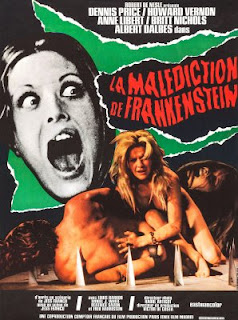 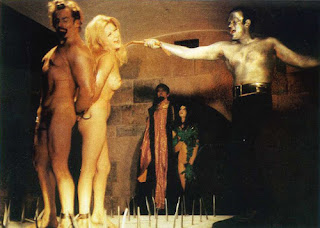